Statues are just one of the many ways Africans express art and value for culture and individuals. 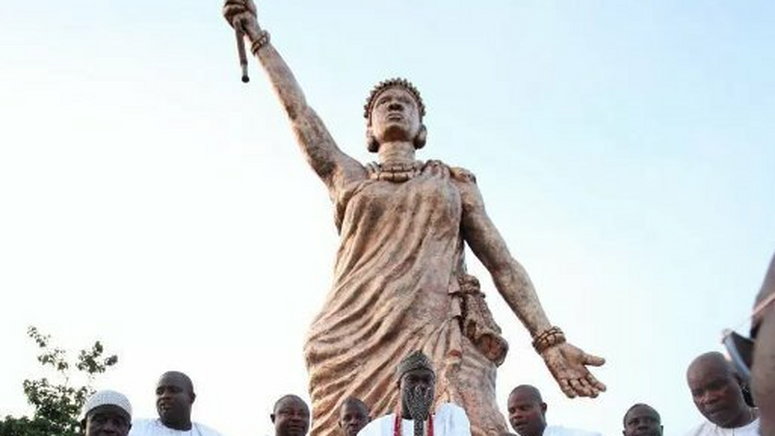 At 161 feet (49 m), the bronze African Renaissance Monument stands on top of one of the twin hills of Collines des Mamelles, outside Dakar, as the tallest statue in Africa. Unveiled in 2010, the project was launched by then Senegalese president Abdoulaye Wade who considered it part of Senegal’s prestige projects, aimed at providing monuments to herald a new era of African Renaissance.

Sphinx of Giza or just the Sphinx, is a 20.21 m (66.31 ft) high limestone statue of a reclining sphinx, a mythical creature with the body of a lion and the head of a human. Facing directly from West to East, it stands on the Giza Plateau on the west bank of the Nile in Giza, Egypt. The face of the Sphinx is generally believed to represent the Pharoah Khafre.

The Colossi of Memnon, or el-Colossat in Arabic, is actually a pair of massive stone statues of the Pharaoh Amenhotep III. The statues have been standing in the Theban Necropolis for the past 3,400 years (since 1350 BC), at the west side of the River Nile from the modern city. 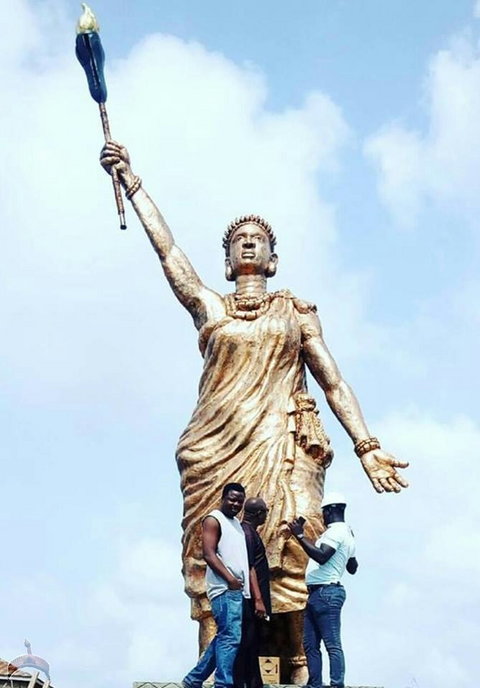 Know all about the legend of courageous Queen Moremi

Queen Moremi is revered by the Yoruba people as an epitome of selflessness, bravery and wisdom. She has been immortalized in several ways with books about her, public places named after her, and the grandest of all, the Queen Moremi Statue of Liberty, which was erected in 2016 by Oba Ogunwusi in the Ife palace. The 42 feet statue is the tallest statue in Nigeria, and the fourth tallest in Africa. Read more about the courageous Queen Moremi.

The Statue of Ramesses II is a 3,200-year-old figure of Ramesses the second standing. It was discovered in 1820 broken in six pieces, and previous attempts to restore it to original height proved unsuccessful until 1955. It now stands at 11 metres (36 feet) in Giza.

The sixth tallest statue in Africa is the bronze statue constructed in honour of the late former South African president and anti-apartheid activist, Nelson Mandela, in June 2013, to bring to a close the official 10-day mourning period for the much loved former state president. The nine-metre-tall bronze statue cost an estimate of R8-million and is located at the Union Buildings in Pretoria. Do not confuse this statue with six-metre-tall Nelson Mandela statue located in Nelson Mandela Square, Johannesburg.

Of course, we can’t talk statues without mentioning Imo state, Nigeria. After a 43-year-old businessman, Obinna Onuoha, had a dream in 1997 to build a giant statue of Jesus, the ‘tallest statue of Jesus in Africa’ commenced construction in 2013. Unveiled three years later, the statue stands in St. Aloysius Catholic Church, Abajah village in Imo state. The statue was made of white marble and is 8.53 metres (28.0 ft) tall and weighs 40 tons. The largest statue of Jesus in the world is Christ the King statue which stands in Swiebodzin, Poland, at 33 metres (108 ft) tall.

9 replies on “Among the 7 tallest statues in Africa, Nigeria shows up twice”

Nigeria is trying in art oo

We need more Of these

Moremi is a legend