Father Mbaka did prophesy Uzodinma’s victory at the Supreme Court. 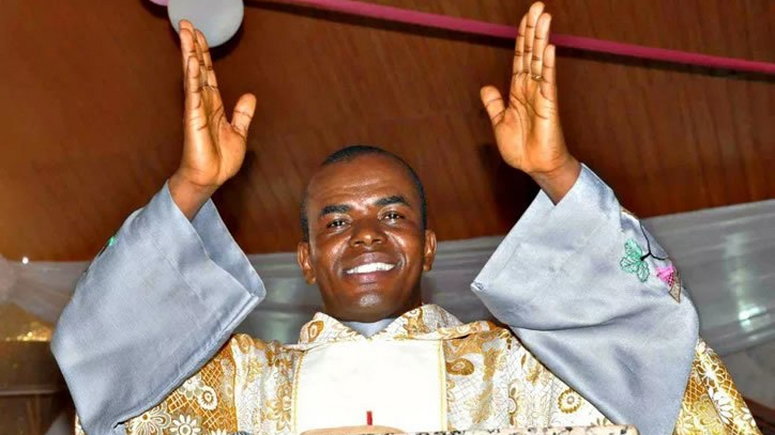 Rev. Fr. Ejike Mbaka has a reputation for political prophecies from the pulpit (Punch)

Nigerians are a very religious bunch.

So, when the Supreme Court sacked Emeka Ihedioha of the PDP and overruled the verdicts of the Tribunal and the Appeal Court by declaring Hope Uzodinma of the APC winner of the March 2019 governorship election in Imo state on Tuesday, January 14, 2020, the name Rev Father Ejike Mbaka became the number one trend on social networks across the country.

Rev Mbaka is an Enugu based Catholic priest with a reputation for political prophecies and a healthy dose of controversy from his Adoration Ground bully pulpit.

He’s rattled eminent Nigerians and political feathers from the pulpit. Mbaka’s new year prophecies, which are usually issued on the first day of the year, are eagerly anticipated by partisans.

His prayer ground is also a Mecca of some sorts for top ranking politicians and government officials looking to know their fates in an uncertain country.

On January 1, 2020, Mbaka–who had also prophesied that Buhari was going to beat Goodluck Jonathan’s PDP to emerge winner of the 2015 presidential vote–declared that Uzodinma will be declared governor of Imo in 2020. 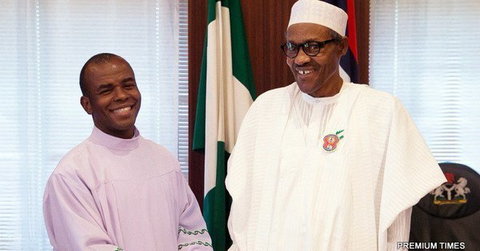 “Many things are going to happen in Nigeria this 2020 that will shock countrymen and countrywomen; but all would be to God’s glory,” Mbaka said.

According to the clergyman, the people of Imo have suffered for far too long but “God is raising a new hope that will be an agent of salvation for them.

“God is coming with a new flag to restore the dignity of that noble land. A new leadership that will break barriers and there will be joy in the land of Imo. 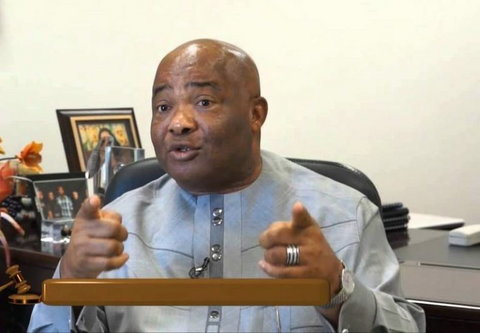 “Lift your candles as I bless Hope Uzodinma; and I empower him to, spiritually, take over. How, I do not know.”

Mbaka came for intense criticism afterwards, but he doubled down by saying those attacking him were ignorant of the directive of the Holy Spirit.

He would go on to ask Ihedioha to begin packing his belongings from office, adding that a new hope, with a new flag will take over the affairs of Imo.

“Those who are attacking the message are just casting pearls before swine. The Holy Spirit has said it, and that is final. I don’t know how it will happen but the only thing is that I see hope, joy, and a new government coming in Imo state.

“Even though Ihedioha has won in the tribunal and at the Appeal court, that doesn’t mean that he will triumph in Supreme Court. Enough of all this brouhaha! What we are doing in adoration here is spiritual, it is not according to our power, it is Holy Spirit. Once he reveals it, we say it. 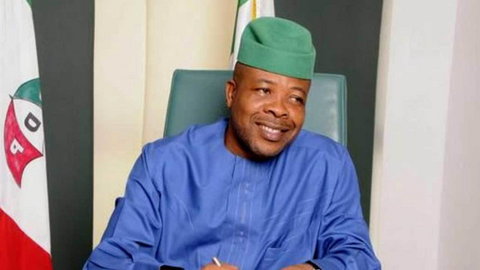 “Ihedioha and co should go and relax. This is not unprecedented. It happened to Jonathan, Atiku and Peter Obi and after everything, my prophecy came through. You must not be the governor of Imo state, and you are not better than Hope Uzodinma,”Mbaka added.

Tension in the states

Uzodinma’s victory has shocked quite a lot of Nigerians especially because he polled fourth according to the results declared by the Independent National Electoral Commission (INEC) at the time.

There’s plenty of tension in the aforementioned states at the moment.

However, flights to Imo state have been fully booked at the moment and there’s vehicular traffic on major roads in the state as Uzodinma’s supporters prepare for a victory dance.